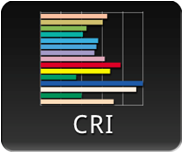 Color Rendering Index (CRI) is the degree of color perception by the naked human eye under two light sources:light source and sunlight. If the color performance of you artificial light source is close to that of sunlight, the color perceived by the human eye becomes closer to being real which is called ” Color Fidelity”.UPRtek handheld spectrometer series all provide the color evaluation function -CRI. The UI is intuitive and simple to make your lighting analysis more efficient. It is recommended to lighting manufacturers, academic researchers and lighting designers. For example, if broadcast lighting CRI value is more than 95 grade, we think this light is excellent. Howver, following the technological innovation, people are more strict on color quality requirement and the CRI index still remains the color perception problem. Please refer to the further explanation below:

As you know, adopting the average of CRI can make be misleading – Why two lights have the same color display while having different CRI value? In our hypothetical example below,the apple appears very different depending on what light is shining on which side. However, the CRI values are both the same. Because of that, the individual sample reference data that make up the CRI (R1 to R8) are also usually supplied. R1 to R8 (bar charts above) would be the original 8 sample colors included in CRI, each in its own, an index for that color, also ranging from 0-100. R9-R15 is an additional six sample colors that were added later on for more saturated colors. The other knock on CRI, otherwise known as Ra, is that the sample size for CRI has only eight samples (R1-R8), a very small sample size for measuring an entire spectrum of color. R1-R8 contain mostly desaturated, pastel colors only useful for industries such as architecture (e.g. concrete walls) and textiles (cloth). CIE did add an additional 6 saturated color samples and attempted to establish a new CRI called R96, but because of lack of consensus, it has never been released. CRI has its limitations, something which CIE has even acknowledged. Even after decades of attempting to rectify its deficiencies, the task remained difficult to resolve.

The importance of R9

Of those additional six sample colors, the most important for cinema/film lighting would be R9, whose color index is said to be most important when considering skin color rendering. In other words, a light with an R9 value of 95 or higher would be able to render skin colors more realistically or accurately. You can see in the bar charts below that show each sampled colors. The R9 value for the LED is noticeably lower. Since the use of Color Rendering Index has been used for a long time, many industries are still accustomed to using it until now. However, after the color rendering index there are many different color rendering metrics had been released, such as CQS, GAI and T30-15…etc. We will make further introductions in other sections. 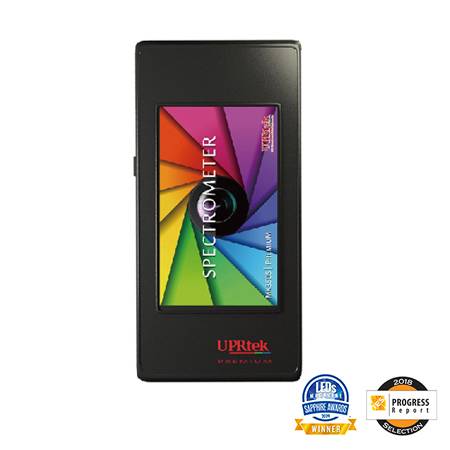 MK350S Premium is a Handheld Spectrometer with Muli-Functions in itself. It's not only a Spectrometer, but also can be a Quantum PAR Meter, Blue light Detector and Oscilloscope. The 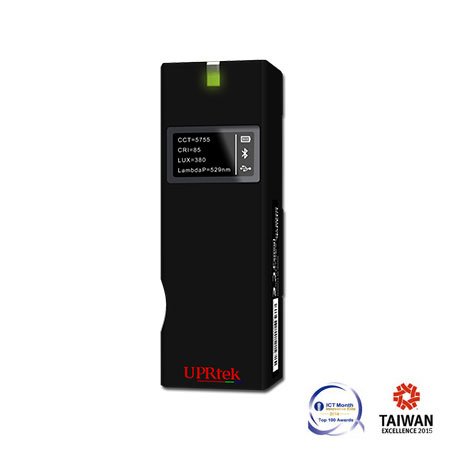 UPRtek Compact MK350D is the pocket-Sized spectrometer in the world and released in 2014. It is only 70g and easy to carry. Measurement light units are more than 27, such as CCT, LUX, CRI, CV600 - All purpose Professional Cinematic and Photographic Light meter. It is not only a Light meter, but also a Color meter, Cine meter and Exposure meter a quicker, more efficient measurements for 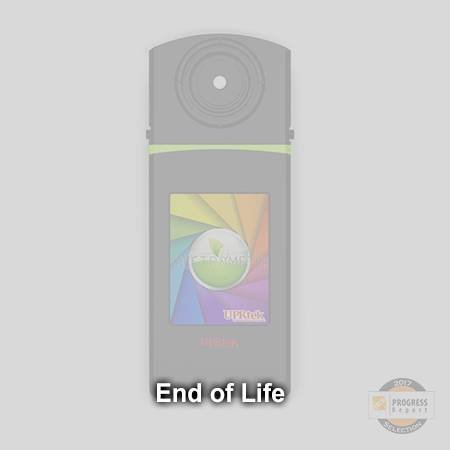 PG100N Handheld Spectral PAR meter is focused on achieving the demands of agricultural field. It shows its own advantages of measuring functions ,such as spectrum, PPFD and PFD so that users 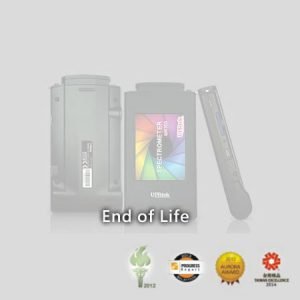 MK350N Spectrometer is the first portable LED Meter which can be used without a computer for evaluation of artificial light sources, such as LED, OLED and others. In addition, it can easily measure 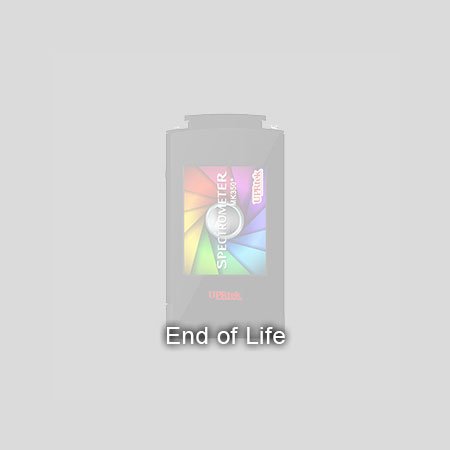 MK350N PLUS is the LED meter for LED Manufacturer. It included more than 40 light measurement units such as CCT, CRI, CIE1931/1976, LUX, TLCI and others. Assist you to discover new busines

Color Rendering Index (CRI) is the degree of color perception by the naked human eye under two light sources:light source and sunlight. If the color performance of you artificial light source is close to that of sunlight, the color perceived by the human eye becomes closer to being real which is called " Color Fidelity".UPRtek handheld spectrometer series all provide the color evaluation function -CRI. The UI is intuitive and simple to make your lighting analysis more efficient. It is recommended to lighting manufacturers, academic researchers and lighting designers. For example, if broadcast lighting CRI value is more than 95 grade, we think this light is excellent. Howver, following the technological innovation, people are more strict on color quality requirement and the CRI index still remains the color perception problem. Please refer to the further explanation below: Read More

What is CQS (Color Quality Scale)?

The CQS（Color Quality Scale）is a new light source quality parameter developed by NIST （National Institute of Standards and Technology）for the new solid-state lighting markets.As we mentioned in the article on what is Color Rendering Index, since CRI proposed by the International Commission on Illumination caused some problems with the use of unsaturated colors and a small amount of sample colors. CQS is using higher saturation color, and proposed 15 new colors to evaluate the light source, the value of 100 represents the best quality of the light source, 0 represents the worst light source quality. Read More

The Technical Memorandum, TM-30-15, the new method published by IES in 2015 and has been proposed to the CIE. This new color evaluation function is expected to provide the angle of technological innovation for light source measuring, furthermore, it can help users analyze the color characteristics of the modern and the traditional solid-state light source, and thus enhance the fairness and accuracy of the measurement. Read More

What is TLA (Temporal Light Artifacts) ?

An undesired change in visual perception induced by a light stimulus whose luminance or spectral distribution fluctuates with time, for an observer in a certain environment. Read More

This article compares three flicker metrics regarding percent flicker, flicker index and SVM. The comparison includes the definition comes from which organization, the definition of itself, calculation formula and the description of the range. If you want to know more about which products have related measurement functions, please click on the relative products tab. Read More

What is Cosine Correction？

Cosine is a mathematical function used to calculate and specify the characteristics (length & angles) of triangles (Trigonometry). Below right picture is the cosine correction comparison between MK350S Premium and Lambert’s Cosine Law. The ideal value of the red circle was described by Johann Hein¬rich Lambert in 1760 and is called “Lambert’s Cosine Law”. Basically it shows how light intensity changes as the angle of the light changes. MK350S Premium cosine receiver is the blue circle; the optimized cosine and Lambert's cosine law are almost overlapped. It is more in line with international standards for illuminance measurement - JIS AA and DIN B standards and reduced measurement errors effectively. Read More

What is the recommended measuring distance using UPRtek handheld spectrometer?

It depends on users’application needs. Users can adjust the distance of measuring based on their requirements. For example, when a designer sets up the internal lighting and finds out that the light intensity is insufficient in a specific area, the general practices are to increase the numbers of the lights or adjust the installation of height from above to below to make the best display of the whole area. In the same way, you can fix it reversely when lights emit too much intensities. Therefore, users can quantify the light source, get the illuminance value (Lux) with MK350 series handheld spectrometers as well as adjust the numbers and height of the fixtures based on their needs on the current lighting demands. MK350 handheld spectrometers are the best helper to detect the light quality and intensity changes which improve the lighting visual experiences and meet the requirements of the energy saving needs. Read More

This website uses cookies to improve your experience while you navigate through the website. Out of these, the cookies that are categorized as necessary are stored on your browser as they are essential for the working of basic functionalities of the website. We also use third-party cookies that help us analyze and understand how you use this website. These cookies will be stored in your browser only with your consent. You also have the option to opt-out of these cookies. But opting out of some of these cookies may affect your browsing experience.
Necessary Always Enabled

Any cookies that may not be particularly necessary for the website to function and is used specifically to collect user personal data via analytics, ads, other embedded contents are termed as non-necessary cookies. It is mandatory to procure user consent prior to running these cookies on your website.